For one day only, the restored Apollo Guidance Computer will be in working order and executing commands at the Home of the Lunar Module, the Cradle of Aviaiton Museum, during the 50th Anniversary of Apollo Week on Thursday, July 18th. Thank you for your consideration. – Fran

Garden City, NY – July 16, 2019 The Apollo Guidance Computer that sat at the heart of the Apollo Lunar Module and Command Module, and provided spacecraft control as the first digital autopilot while also providing guidance and navigation, is on tour, and will be visiting the Cradle of Aviation Museum & Education Center on Thursday, July 18th in celebration of the 50th Anniversary of Apollo. This revolutionary system has been restored to full working order by Mike Stewart, Ken Shirriff, Marc Verdiell and Carl Claunch.

The team will provide talks about the computer (and its restoration) as well as demonstrate the computer flying parts of the Apollo 11 mission, with a commentary. That involves entering commands into the Display/Keyboard (DSKY) replica and watching responses from the AGC displayed as it controls the landing. A display will showing the view from the cockpit of the LM along with the output on the DSKY.

This unique computer is of great interest to space enthusiasts, those celebrating the Apollo 11 Anniversary, and especially to Long Islanders who helped design and build the LMs that made the moon landings possible. The Cradle of Aviation has the largest collection of Lunar Modules, Lunar Module artifacts, parts, documentation, and photos in the world. is home to the LM-13, intended for the Apollo 19 mission to Copernicus Crater in 1973, which was ultimately cancelled. It is one of three Lunar Modules left on earth. The other two are at Kennedy Space Center and Smithsonian’s Air & Space. It is presented in a re-created lunar surface scene with a mannequin wearing an actual Apollo spacesuit.  The museum also exhibits a Grumman Lunar Module Clean Room Display  featuring the LTA-1, the first fully functional LM, as it appeared while under construction at Grumman.

The 50th Anniversary Celebrations culminate in two events on July 20th with a Moon Fest during the day and a Community Countdown Dinner in the evening. Information on these events can be found at www.cradleofaviation.org/apollo

The Cradle of Aviation Museum and Education Center is home to over 75 planes and spacecraft representing over 100 years of aviation history and Long Island’s only Giant Screen Dome Theater.  Currently, the museum is celebrating  “Countdown to Apollo at 50” sponsored by the Robert D.L. Gardiner Foundation, showcasing Long Island and Grumman’s significant role in the Apollo program. The Museum was recently recognized and listed on New York State’s National Register of Historic Places as a significant part of American history. The museum is located on Museum Row, Charles Lindbergh Blvd., in East Garden City.  For more information call (516) 572-4111 or visit www.cradleofaviation.org. 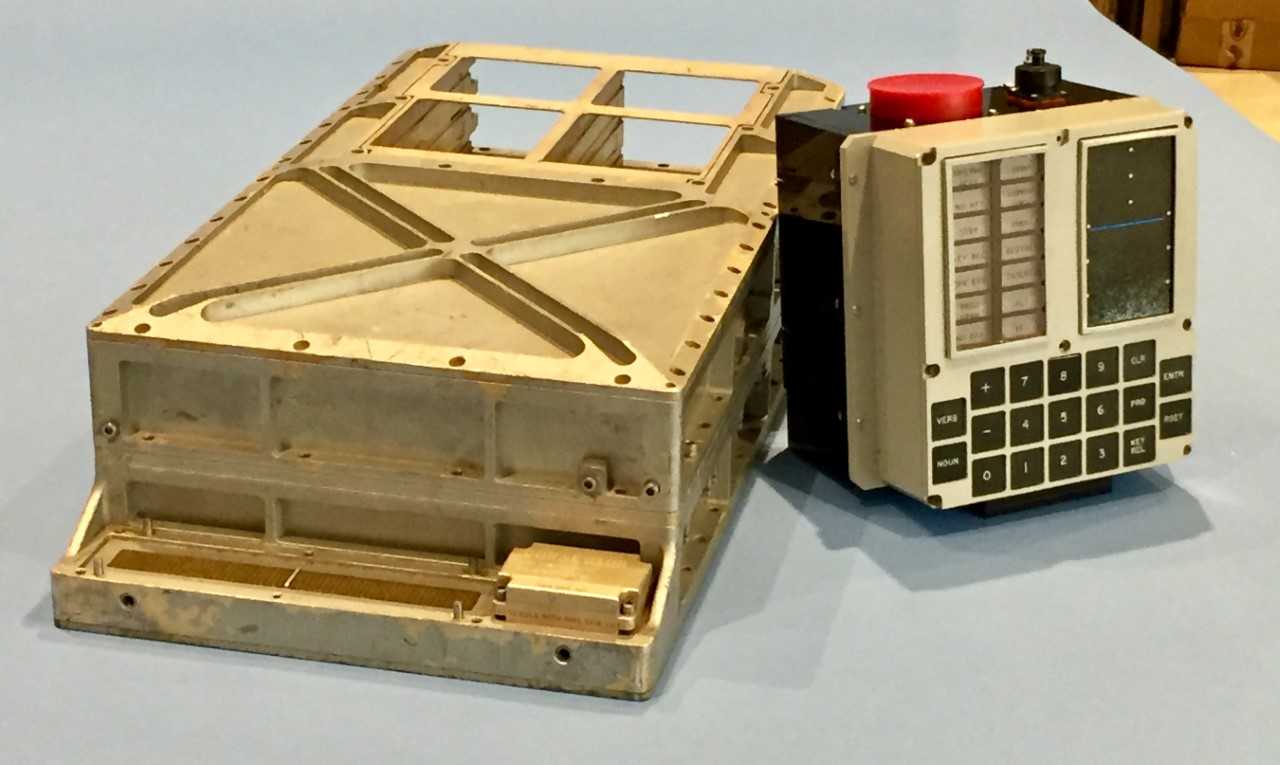 The other shows the computer running in lab. 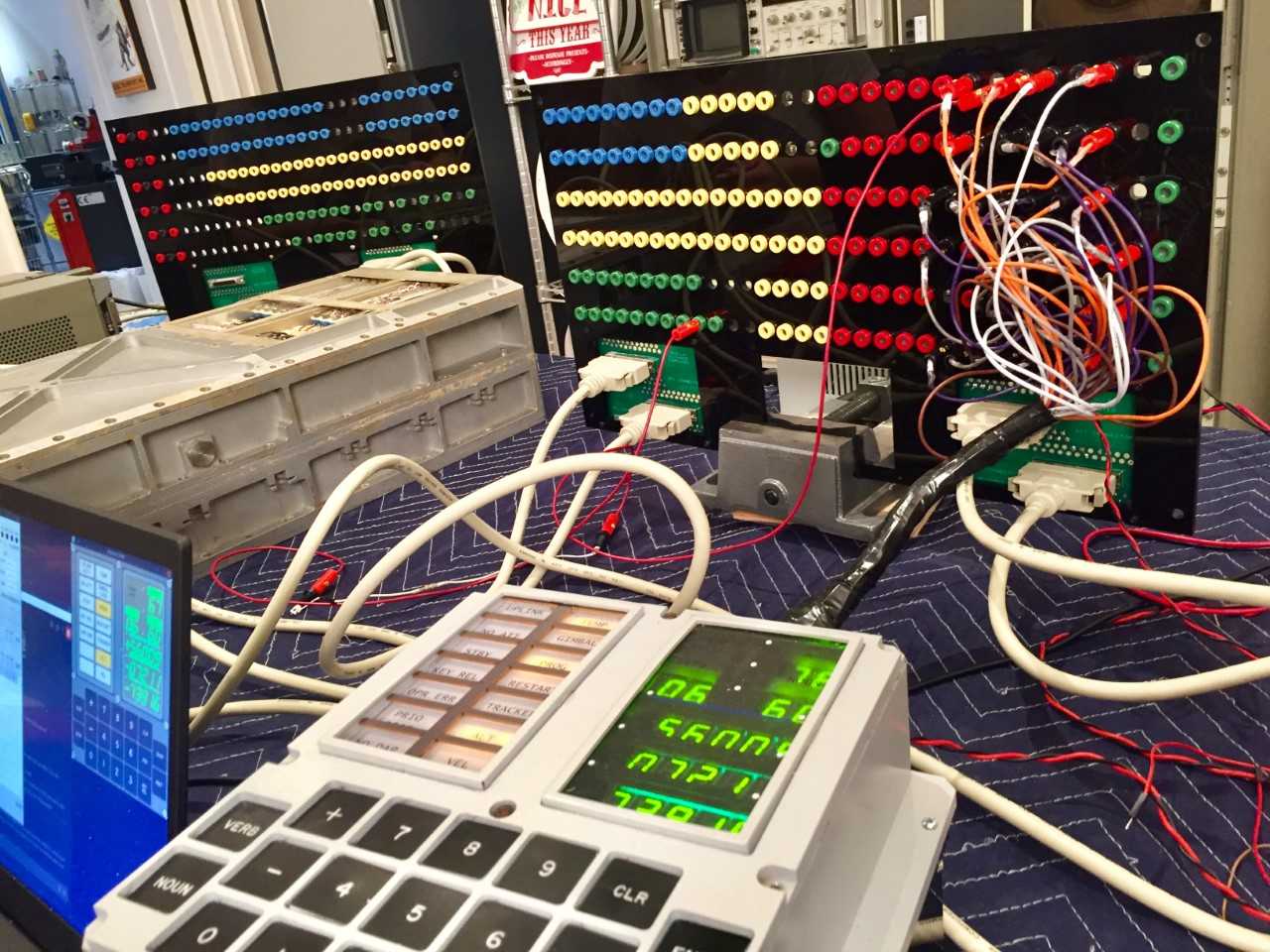